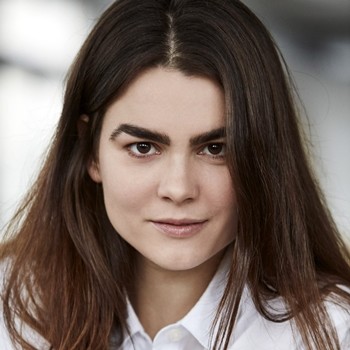 A graduate of Stockholm's Academy of Dramatic Arts in 2015, Karin Franz Körlof had already appeared in various films, TV productions and theatre plays in the preceding years, including the lead role in critically acclaimed tv series BLUE EYES and a supporting role in WALLANDER: THE BETRAYAL. Karin became a household name with her portrayal of Lydia in Pernilla August's A SERIOUS GAME which premiered at the Berlinale last year, and she will soon be seen as the lead in Olof Spaak's feature debut GARDEN LANE. Karin is currently filming THE WIFE in Scotland, directed by Björn Runge.