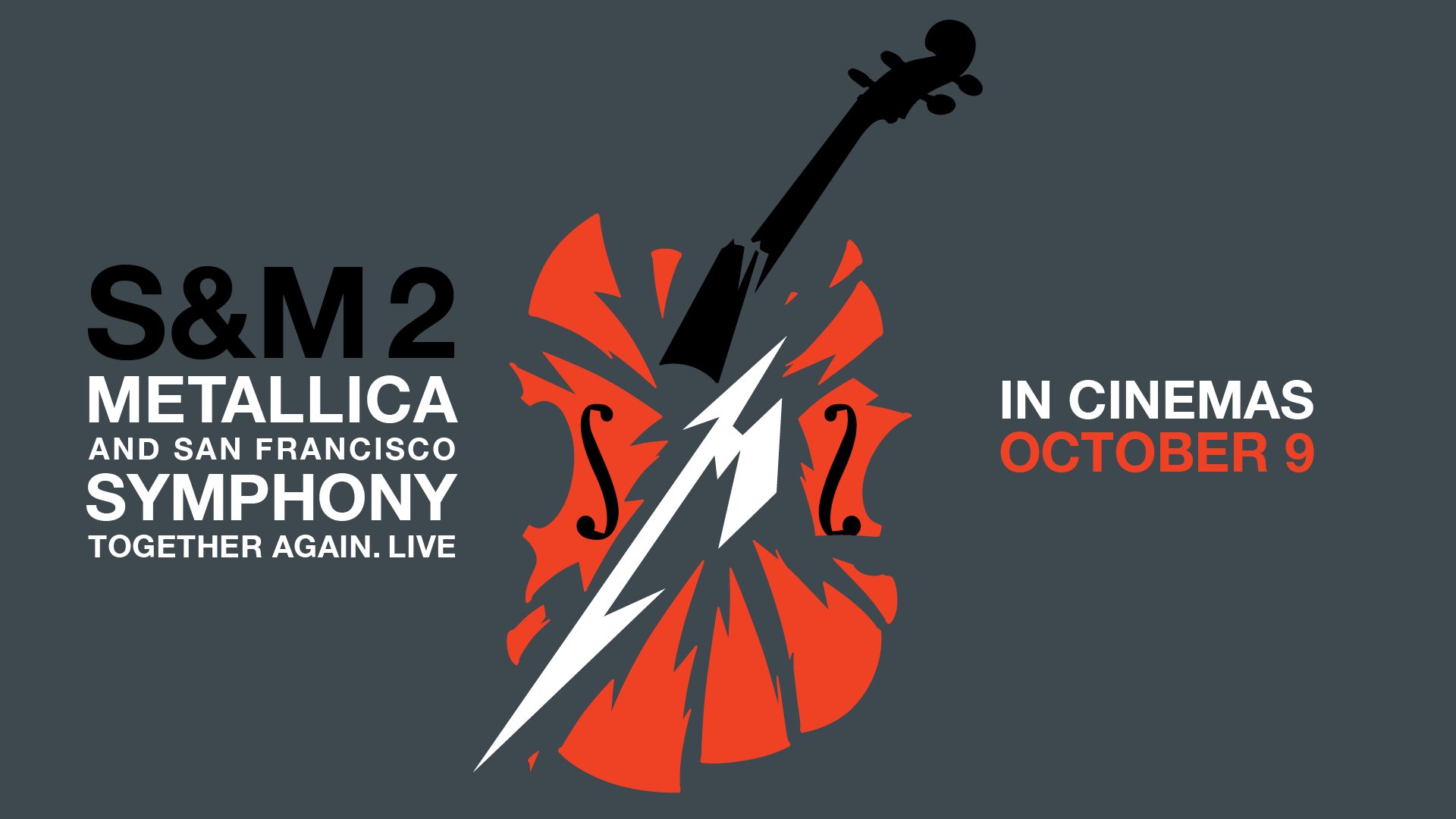 Do you want to see Metallica & San Francisco Symphony: S&M² in your city?
Instructions are here

On October 9, 2019, Trafalgar Releasing presents S&M², a must-see celebration of the 20th anniversary of Metallica’s groundbreaking S&M concerts and album recorded with the San Francisco Symphony.  See them once again perform with the Symphony as legendary conductor Michael Tilson Thomas leads a portion of the show, kicking off his final season in San Francisco.  Recorded live on September 6th and 8th, the shows also commemorate the opening of the state-of-the-art Chase Center, a historic addition to the city’s waterfront.