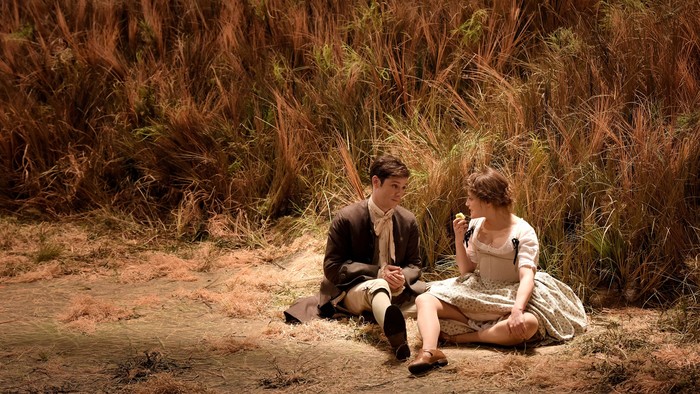 The story is that of a young Parisian whose parents have found a good match for him, a count’s daughter. But when he goes to visit her, the handsome boy – whose Parisian manners are far removed from the rules of decorum that reign in the provinces – cannot open his heart to his lovely intended. Stung, the latter decides to teach him a lesson for his arrogance…

“The concept of the Petit-Maître, the fop, may seem very foreign to us, but do we too not know elegant and stylish young people with affected or pretentious manners, for whom fashion is the only guide? If one were to caricature somewhat, such a person is what would be called a fashion addict today.” Through this Marivaux play, in which the language is “as refined, precise and humorous” as ever, Clément Hervieu-Léger draws out the parallels between the eighteenth century and our era…