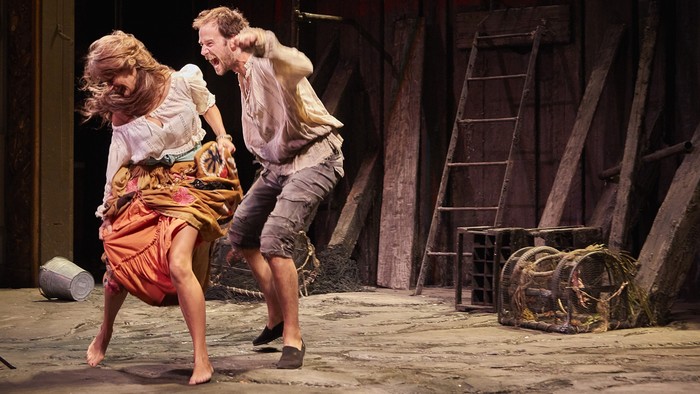 A play by Molière
Directed by Denis Podalydès

Octave and Léandre’s amorous intentions are thwarted by two authoritarian fathers who have just returned from a trip with determined to marry their sons to two strangers. They young men turn to the wily Scapin for help, placing their fate in his hands…

Beatings with a stick, an avalanche of stratagems and other tricks set the tempo of this Molière play that has truly earned its place as one of the playwright’s essential creations.