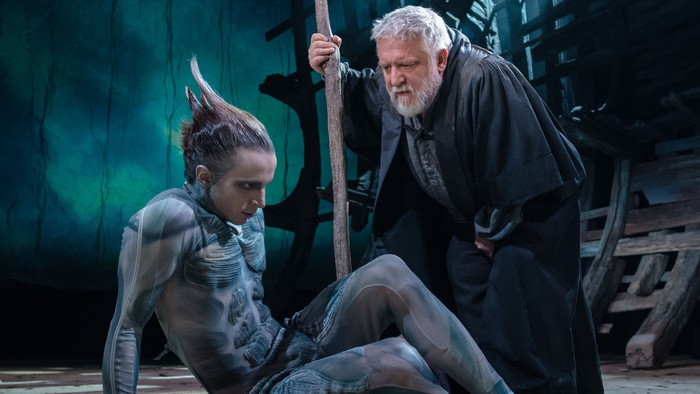 On a distant island a man waits.

Robbed of his position, power and wealth, his enemies have left him in isolation. But this is no ordinary man, and this no ordinary island. Prospero is a magician, able to control the very elements and bend nature to his will. When a sail appears on the horizon, he reaches out across the ocean to the ship that carries the men who wronged him. Creating a vast magical storm he wrecks the ship and washes his enemies up on the shore. When they wake they find themselves lost on a fantastical island where nothing is as it seems.

In a unique partnership with Intel, we will be using today’s most advanced technology in a bold reimagining of Shakespeare’s magical play, creating an unforgettable theatrical experience.

Simon Russell Beale returns to the RSC after 20 years to play Prospero in a production directed by Artistic Director Gregory Doran.