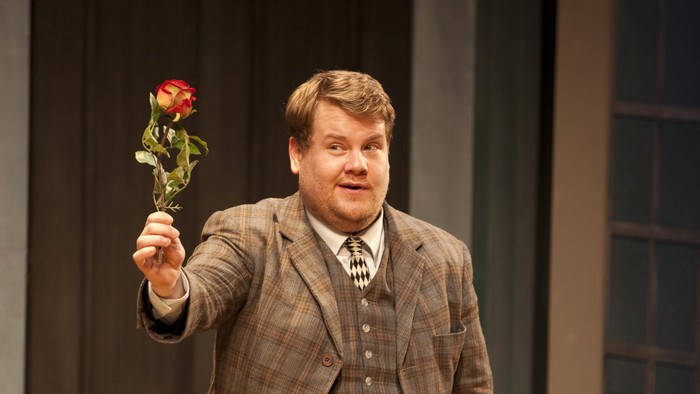 In 1960s Brighton, a socially naive Francis Henshall becomes separately employed by two men – Roscoe Crabbe, a local gangster, and Stanley Stubbers, an upper class criminal. Francis tries to keep the two from meeting, in order to avoid each of them learning that Francis is also working for someone else. However, it turns out that Roscoe is really Rachel Crabbe in disguise, her twin brother Roscoe having been killed by her lover, who is none other than Stanley Stubbers. Mixed in with these chaotic events is Pauline Clench who was originally meant to marry Roscoe but is now set to elope with over-the-top amateur actor Alan Dangle. The play includes two extended passages of improvisation where audience members are recruited into the play.