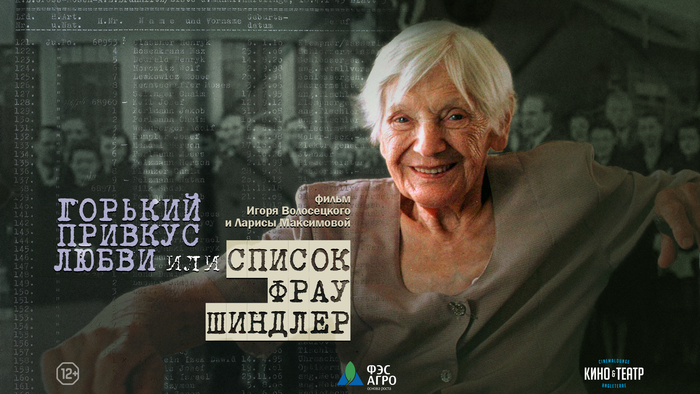 The film is the true story of Oskar Schindler’s wife, Emilie. Oscar became famous after Schindler’s List by Steven Spielberg was released with great success all over the world in 1994. Although lost to history (and left out of Spielberg’s movie altogether) she was an equal hero who did not less than her famous husband for saving the Jews who worked at their factory.  The few survivors still alive testify in moving interviews to this fact.

This documentary tries to right a historical wrong and shine a light on Emilie Schindler's dedication and the risks she took — another example of the man getting all the credit.

The real Emilie (in a wheelchair) is shown in the last scene of Schindler’s List. She is wheeled toward Oskar’s grave, though viewers always assumed she was one of the survivors — not the woman who did the saving. Spielberg invited Emily to the filming set mistakenly taking her for one of the Jewish survivors and after understanding his mistake he did not even talk to her.

The film was shot in Germany, Czech Republic, Poland, Israel, Australia. Among the interviewed people there are Thomas Keneally, the author of Schindler's Ark, the novel  after which Steven Spielberg shot his famous film, survivors from the  real Schindler's list, who were witnesses of true events, journalists, historians, Erika Rosenberg, Emilie Schindler’s personal assistant.