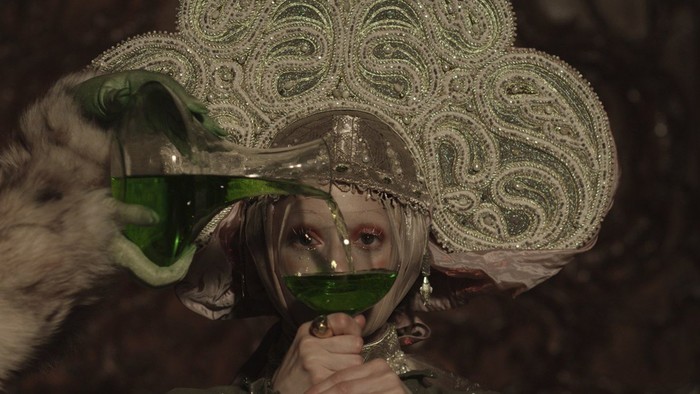 In her feature film debut Uldus Bakhtiozina brings the campy, saturated aesthetic fingerprint of her artwork to a full-fledged narrative. One central to Tzarevna Scaling is that of trial and transformation that the quest to overcome uncertainty contains.

A fish van attendant named Polina Schukina is struggling through tough times when a peculiar babushka approaches her stall looking to feed her cats. The treats are served back with a journey into the World of Tzareven – the graceful female crown characters of Russian folk tales – that turns out a place ruled by bureaucracy and its long winding corridors are crowded with young women hoping to find ‘tzarevenness’ within themselves. Polina, too, sets to discover what it takes to be a Tzarevna and learn the tricks of ‘the highly competitive profession’.