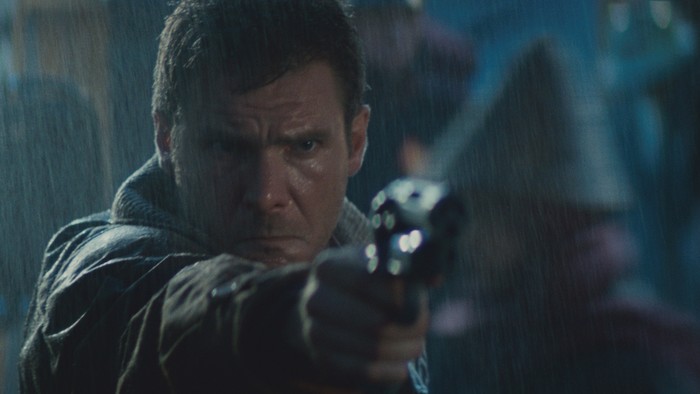 Rick Deckard, an ex-cop, is a "Blade Runner". Blade runners are people assigned to assassinate "replicants". The replicants are androids that look like real human beings. When four replicants commit a bloody mutiny on the Off World colony, Deckard is called out of retirement to track down the androids. As he tracks the replicants, eliminating them one by one, he soon comes across another replicant, Rachel, who evokes human emotion, despite the fact that she's a replicant herself. As Deckard closes in on the leader of the replicant group, his true hatred toward artificial intelligence makes him question his own identity in this future world, including what's human and what's not human.