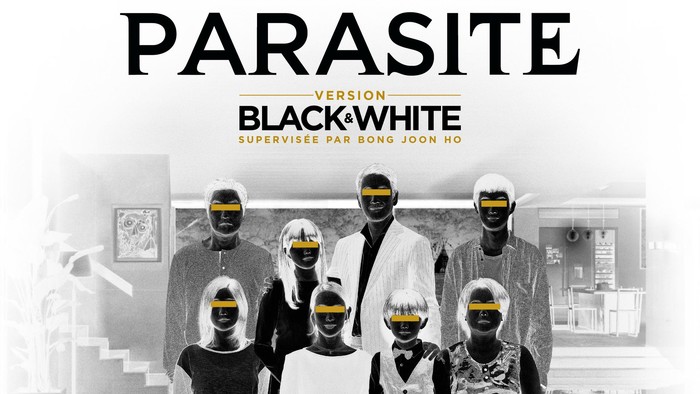 Winner of the 2019 Cannes Palme d’Or, Bong Joon Ho’s newest film is a darkly comedic, genre tale of class struggle that has drawn comparisons to Jordan Peele’s Us. Ki-taek’s family is close, but fully unemployed, with a bleak future ahead of them. Ki-woo, Ki-taek’s son, is recommended for a well-paid tutoring job, spawning the promise of a regular income. Carrying the expectations of all his family, Ki-woo heads to the Park family home for an interview. Arriving at the house of Mr. Park, the owner of a global IT firm, Ki-woo meets Yeon-kyo, the beautiful young woman of the house. Following this first meeting between the two families, an unstoppable string of mishaps lies in wait.

Regarding this version, which was created prior to the film's premiere at the Cannes Film Festival, Director Bong Joon Ho said:

“I'm extremely happy to present Parasite in black and white and have it play on the big screen. It will be fascinating to see how the viewing experience changes when an identical film is presented in black and white. I watched the black and white version twice now, and at times the film felt more like a fable and gave me the strange sense that I was watching a story from old times.”

“The second time I watched it, the film felt more realistic and sharp as if I was being cut by a blade. It also further highlighted the actors’ performances and seemed to revolve more around the characters. I had many fleeting impressions of this new version, but I do not wish to define them before it is presented. I hope everyone in the audience can compare their own experiences from the color version and find their own path to Parasite in black and white.”