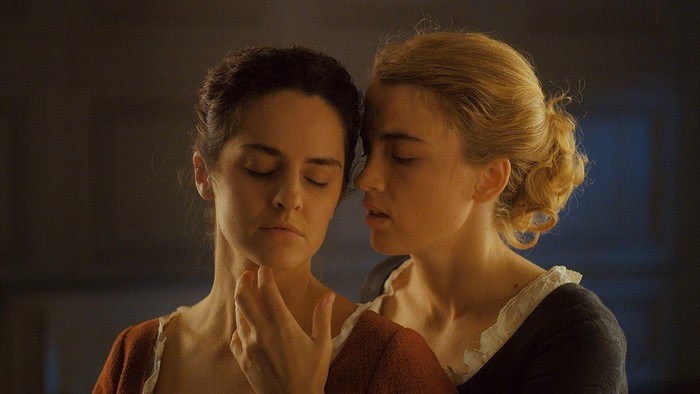 Marianne is commissioned to paint a portrait of Eloise, a recluse forced into marriage by her family, and slowly falls in love with her model. This intimate melodrama about forbidden love won the Best Screenplay award at the 72nd Cannes Film Festival.

In the middle of the 18th century, Héloïse, who has been brought up in a monastery, is being prepared for marriage. Her fiancé’s family are expecting a portrait of the future bride. But Héloïse does not want to get married, and nor will she sit for a portrait. Marianne, the artist commissioned by Héloïse’s parents, has to work on the painting in secret. And while arguing about Ovid, playing the harpsichord, and walking along the coast of Brittany, the two young women fall in love.

As well as being a story about two women falling in love at a time when same-sex relationships were not accepted, Portrait of a Lady on Fire is a meditation on art, which can rise above life’s circumstances. Time passes and the couple breaks up, the women get married, grow up, and live on, but the portrait remains as a souvenir of an impossible love.