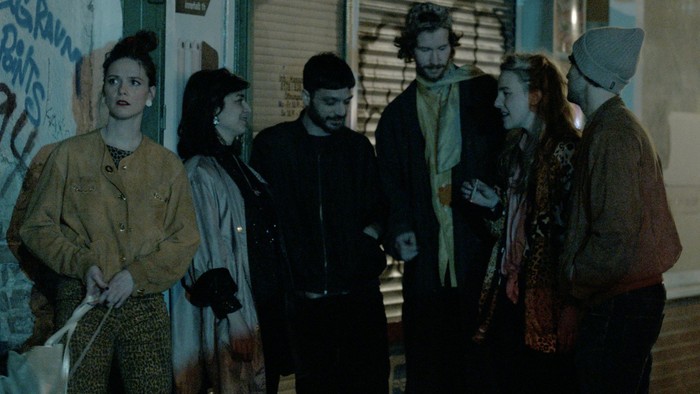 Thirty
A Friday in October. In hip Berlin neighbourhood Neukölln, we experience 24 hours in the lives of a group in their late twenties. While writer Övünç struggles with a feeling of emptiness, former lovers Pascal and Raha try to let go of their relationship. Kara, Henner and Anja are also facing problems within their group of friends. In the evening, they celebrate Övünç’s birthday, then wander the streets, into the night.

In impressionistic scenes, the friends leave the confines of their constrictingly filmed minimalist apartments for Berlin’s bustling nightlife, presented as full of movement. This series of colourful vignettes simultaneously exudes loneliness and attachment, and in so doing Thirty captures the mood of young urbanites on the verge of a quarter-life crisis. The friends are in the midst of life, but feel their sell-by dates fast approaching. “It’ll all be alright”, Anja says when Kara, following a tantrum, collapses weeping into her arms. Maybe it will — but when?