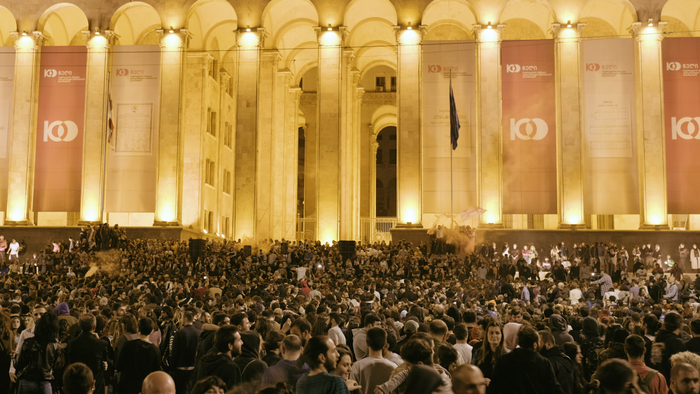 In a post-soviet republic of Georgia, in South Caucasus where religious and folk traditions are still the main authority, new generation of pro-western youth tries to build their own future. The protest of 10 000 young Tbilisi citizens turns into 2 day massive rave at the Parliament of Georgia.