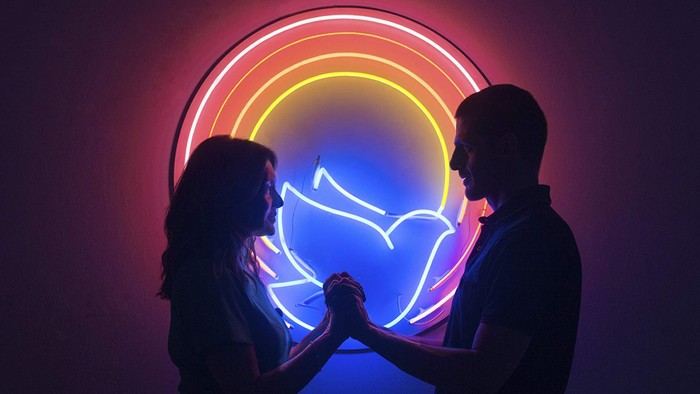 Brazil in the year 2027. Civil servant Joana mainly deals with divorce cases. As a member of a branch of evangelical Christians known as the Divino Amor group, she uses her position to offer a kind of physical therapy to couples who want to separate: Exploring sexuality with the aim of reconciling quarreling couples. Although Joana and Danilo regularly consummate their marriage, neither Joana’s constant prayers nor any other methods of assistance seem to be able to fulfill their desire for a child, a fact that increasingly depresses the couple.