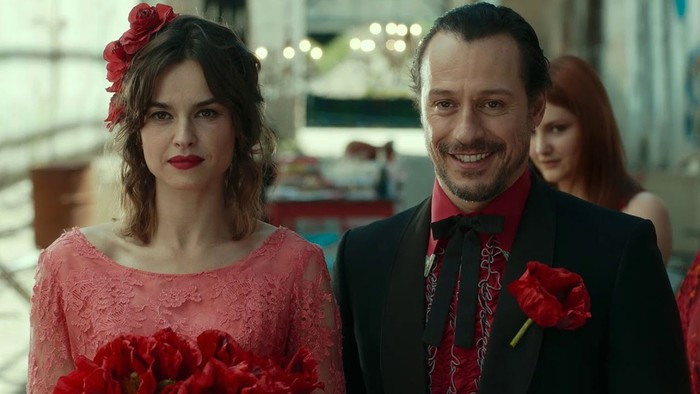 Сделано в Италии
Made in Italy

Riko works in a cured meats factory, like his father, surrounded by more pigs than people. The real, everyday love he shares with Sarah, is in predicament. While Riko's unhappy with his job, he's lucky to be working at all, unlike several of his colleagues fired at the age of fifty. Not even going out with friends, including Carnevale, is enough to soothe the professional and existential crisis. To shake things up, he decides to drive to Rome with his friends...