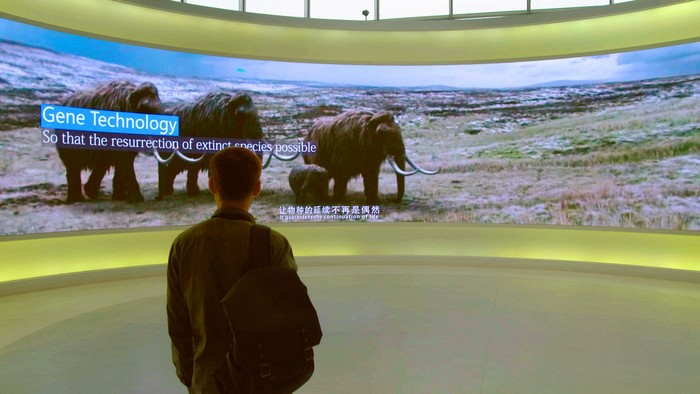 On the remote New Siberian Islands in the Arctic Ocean, hunters are searching for the tusks of extinct mammoths. There is a gold rush fever in the air. The price for white gold has never been so high. The thawing permafrost not only releases precious ivory. The tusk hunters find a surprisingly well-preserved mammoth carcass. Such finds are magnets for high-tech genetic scientists. They want to bring the extinct woolly mammoth back to life à la "Jurassic Park". Resurrecting the mammoth is a first manifestation of the next great technological revolution. Man becomes Creator. Genesis two point zero. A Film about the secrets and mysteries hidden within nature and the fundamental difference in view of creation and the role of man in it.