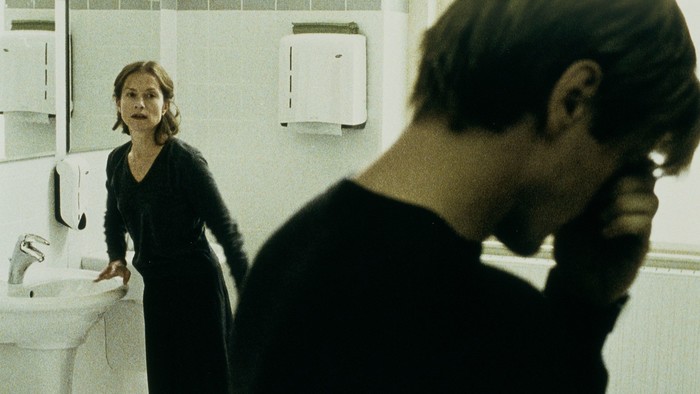 Erika Kohut is a pianist, teaching music. Schubert and Schumann are her forte, but she's not quite at concert level. She's approaching middle age, living with her mother who is domineering then submissive; Erika is a victim then combative. With her students she is severe. She visits a sex shop to watch DVDs; she walks a drive-in theater to stare at couples having sex. Walter is a self-assured student with some musical talent; he auditions for her class and is forthright in his attraction to her. She responds coldly then demands he let her lead.