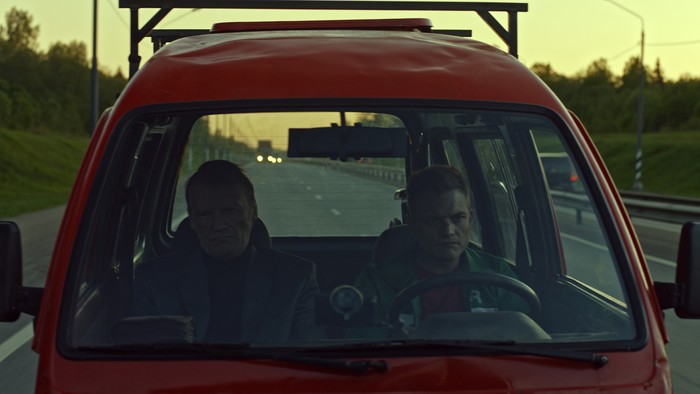 Viktor spends his free time trawling bars with ladies of questionable repute, from where he is picked up by a wife he doesn’t love, the mother of a child they never planned. Viktor himself was abandoned by his own father, his mother then committed suicide, and he was left to grow up in an orphanage. Years later, his errant dad returns, now a disabled felon, and Viktor discovers a timely legacy is in the offing – his father’s apartment. The documentation for securing dad’s move into an old people’s home is signed in a flash. Nevertheless, the only one that can take him is miles away and, what’s more, the invalid starts to recuperate during the journey, which is when their real problems begin.