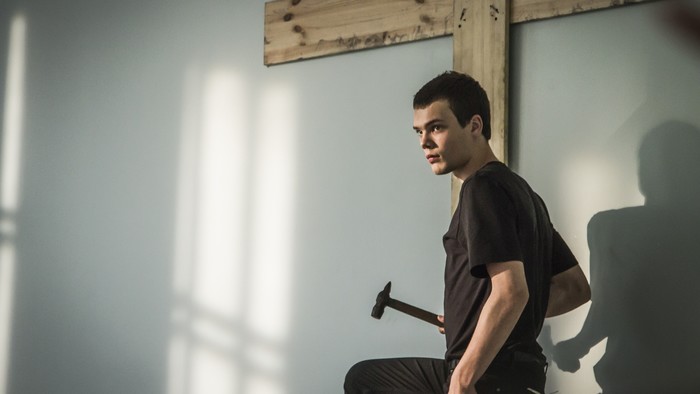 Contemporary Russia. A high school student becomes convinced that the world has been lost to evil, and begins to challenge the morals and beliefs of the adults around him.