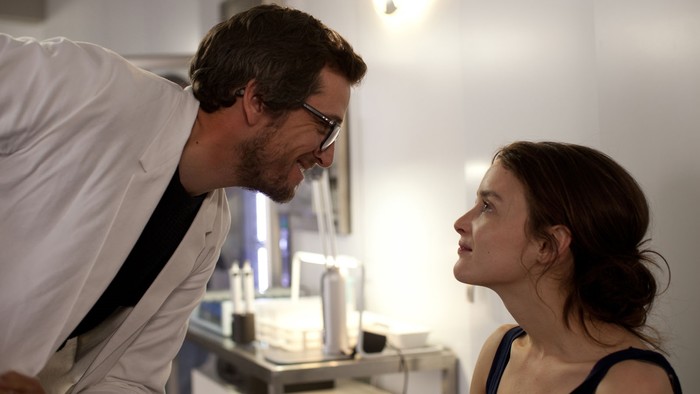 Silently and hopelessly in love with brilliant and egotistical Professor Quignard, the shy Christophine has been pursuing her PhD at his research lab for eight years. Now, the professor and his team are on the verge of making a discovery that will rock the world of science and medicine: the key to universal immunity through 'ppm', a miracle penguin protein. All they are missing is approval from the funding board to begin human testing. In a crazy gesture to finally get her beloved's attention, Christophine injects herself with the compound, thereby, becoming the first ever human test subject. Instantly, Christophine, whose name he didn't even know, becomes the center of Quignard's focus, as he and his ever-devoted lab rat secretly embark on one far-fetched experiment protocol after another. Until it becomes clear that immunity could be triggered by... lovemaking!