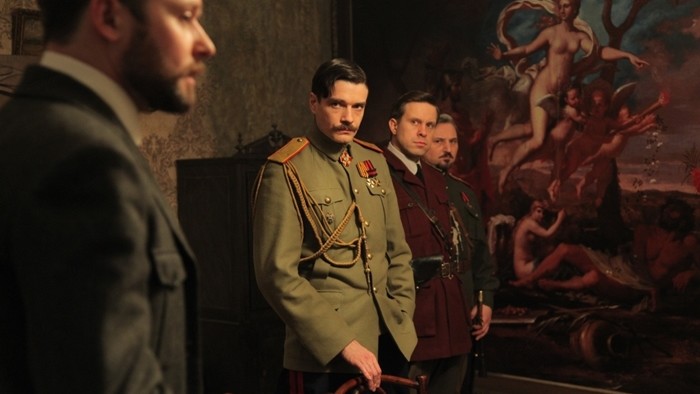 A detective story set in Civil War-era Russia. As young White general in Perm tries to raise money among the local rich supporters for his exhausted troops, a wealthy widow donates a large diamond. However, the jewel gets stolen and there is no other way for the general but to join forces with an arrested Red detective condemned to death if he wants to find the diamond.