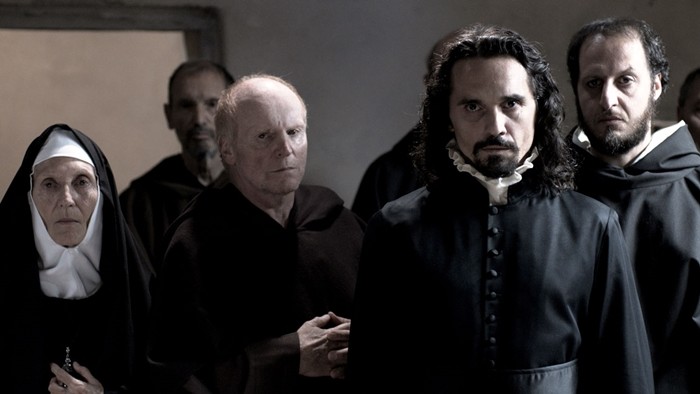 A mother pushes her son, Federico, a young man of arms, to visit the convent-prison in Bobbio, where Sister Benedetta is facing charges of witchery for seducing Fabrizio, Federico’s twin brother, and making him betray his priestly mission. The mother pressures Fedrico to rehabilitate his brother legacy but he, too, falls under Benedetta’s spell, thus sentencing her to a life sentence walled up in prison. Thirty years later, Federico, now Cardinal, will meet again Benedetta, still living behind those walls... Nowadays. Federico Mai, supposedly a Minister inspector, knocks at the doors of that very same convent, later transformed into prison and apparently abandoned, accompanied by a Russian millionaire, Rikalkov, interested in buying the property. In reality though, the place is still inhabited by a mysterious “Count” that illegally occupies some of the old prison cells and who wanders the city streets, alone, at night... The two foreigners alarm the whole Bobbio community which, guided by the Count, still lives by subterfuges and frauds, stonewalling the inescapable modernity with any means necessary. But is the new really better than the old?