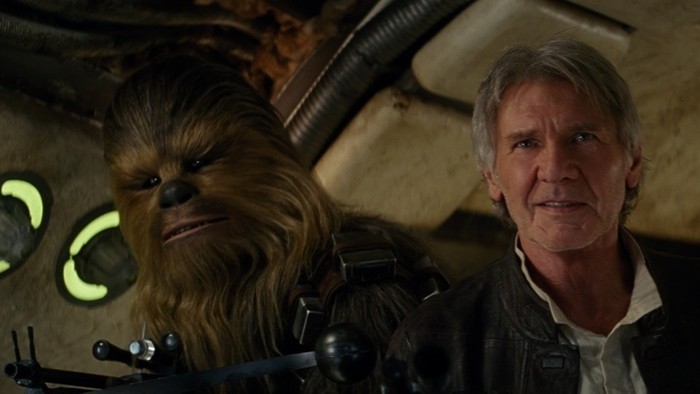 Thirty years after the Rebel Alliance's victory over the second Death Star, the galaxy is still at war. A New Republic has arisen, but the First Order has sprung from the ashes of the Galactic Empire. Many of the heroes of before, Leia Organa, Han Solo, Chewbacca, R2-D2 and C-3PO are all still active and fighting in the Resistance against this group. They are joined in the fight by new heroes, including Poe Dameron, a starfighter pilot; Finn, a former First Order Stormtrooper who has taken up the lightsaber that once belonged to Anakin Skywalker and later Luke Skywalker; Rey, a scavenger; and a rolling droid known as BB-8. They are opposed by powerful new forces, including Captain Phasma of the First Order and Kylo Ren, a fearsome and mysterious dark side user wielding a red lightsaber of unusual design.