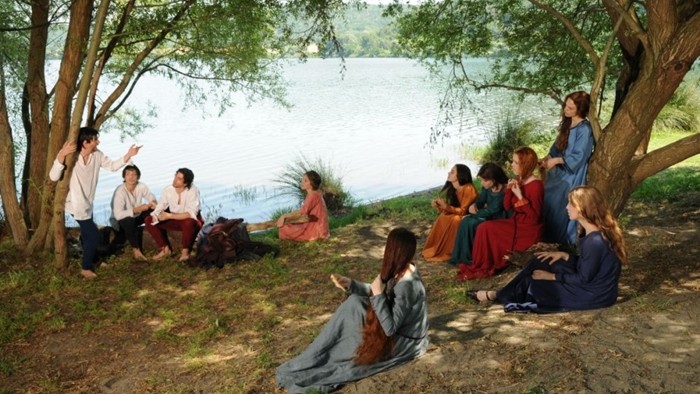 Florence, Thirteenth Century. The "Black Death" is spreading. Ten kids (three boys and seven girls) decide to escape and to seek shelter in the countryside, away from the horrible consequences of the plague. In order to kill time, each kid tells a particular story, but no matter how different their stories may be, they all have one aspect in common: love. A love that will help the characters cope with the numerous uncertainties of a very arduous age.