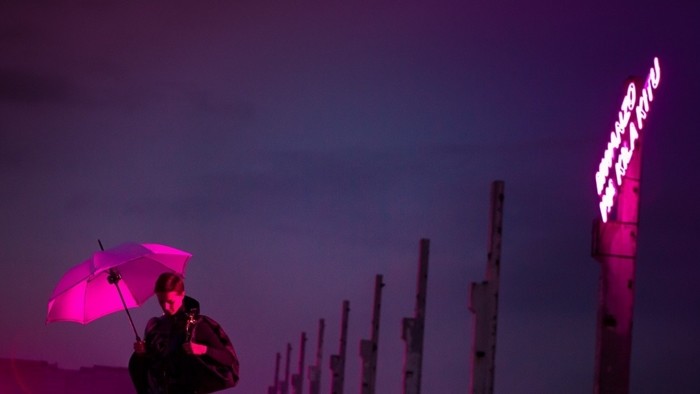 A bizarre riverbank in fog and snow. Bits of steel and concrete are strewn all around. The skeleton of a skyscraper. Unfinished motorway bridges in a flat landscape. The giant figure of a metal horse. And a statue of Lenin whose outstretched right arm points into nothingness. A cold, ossified no man's land where the washed-up past meets an imagined future. People drift aimlessly through this surreal world. Old certainties no longer count, friends and relatives have disappeared, ideals have been blown away by the wind. Returning home from abroad, Sasha – whose dead father used to own this building site – now has to deal with his legacy: a Kyrgyz worker who is searching his colleagues; an architect with glowing red skin on his forehead; a tour-guide who once stood next to Yeltsin at the barricades in Moscow. Some of them have unexplained nosebleeds. A young student asks: "Who are we? Who am I? Everything is in chaos."