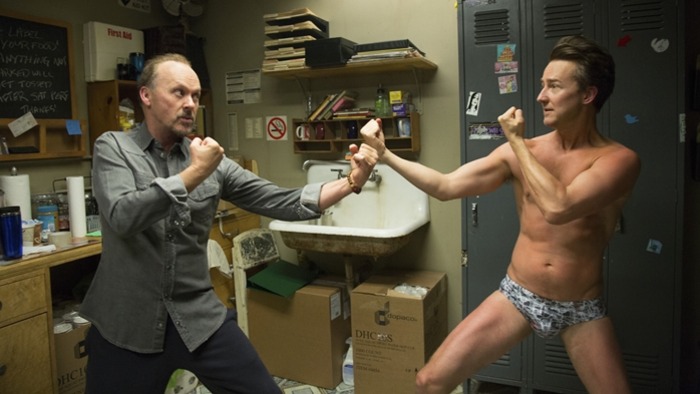 Riggan Thomas, once known quite well to movie theater goers as an iconic super hero called "The Birdman" had recently turned down a fourth installment of the franchise. Now washed up, he attempts to reinvent himself as a director by staging a new adaptation of a Raymond Carver short story called "What We Talk About When We Talk About Love". The events leading up to the Saturday night premiere prove to be one disaster after another as the original lead actor is injured while on set and Riggan scrambles to find a replacement, but the replacement proves to be exactly who he needs - a method actor who takes the job way too seriously. But Riggan has a hard time juggling between the set, his replacement actor, his equally washed up daughter, and a host of other disasters that prevent a proper staging of the play. Meanwhile, a New York Times critic who Riggan has to woo threatens to shut down production of the play before it even starts with a scathing review of the opening night performance...