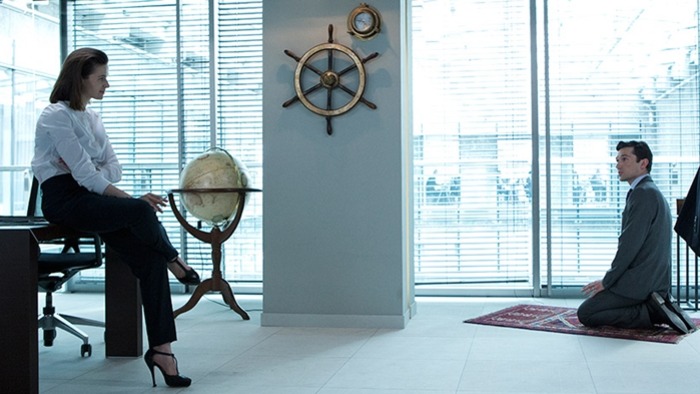 Angelo, a dashing young Italian, is deeply in love with Kasia, a Polish woman who, despite the entreaties of both Angelo and her father, has decided to become a nun. Neither man can conceive of why she has chosen this path, but she remains determined. Holding out hope that he can sway her, Angelo moves to a city near the convent where Kasia is preparing to take her vows. He gets hired by a successful new company where he attracts the attentions of his ambitious and extremely attractive boss, Kris — a woman who will stop at nothing to reach the top.