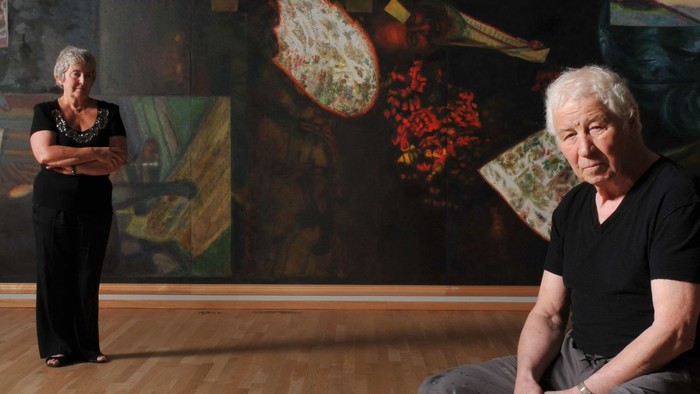 Ilya and Emilia Kabakov: ENTER HERE is a double portrait in film of the lives and work of Russia’s most celebrated international artists, now American citizens, as they come to terms with their global lives and the new Russia. Two decades after he fled the Soviet Union, Ilya Kabakov overcomes his fears to install six walk-through installations in venues, including the Pushkin Museum, throughout Moscow, where he was once forbidden to exhibit his art. Amidst the cacophony of a city and a country in dizzying transition, he comes face to face with the memories that have made him who he is.

Through the eyes, work, and lives of artists who experienced Stalin’s tyranny, through the rich underground art life during Brezhnev’s stagnation and the rootlessness of immigration, the film bridges much of the 20th century and the beginning of the 21st.