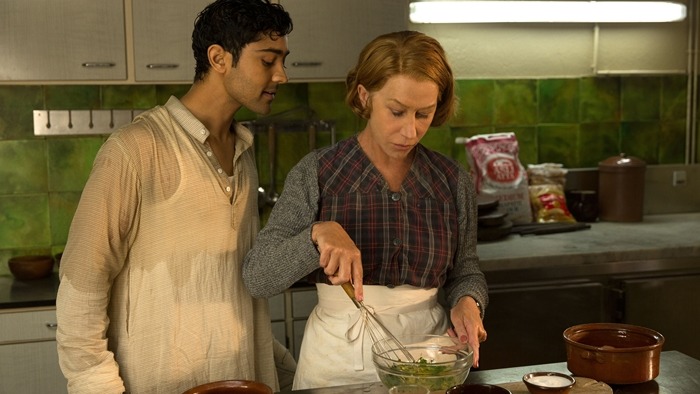 The family of talented cook, Hassan Kadam, has a life filled with both culinary delights and profound loss. Drifting through Europe after fleeing political violence in India that killed the family restaurant business and their mother, the Kadams arrive in France. Once there, a chance auto accident and the kindness of a young woman, Marguerite, in the village of Saint-Antonin-Noble-Val inspires Papa Kadam to set up a Indian restaurant there. Unfortunately, this puts the Kadams in direct competition with the snobbish Madame Mallory's acclaimed haute cuisine establishment across the street where Marguerite also works as a sous-chef. The resulting rivalry eventually escalates in personal intensity until it goes too far. In response, there is a bridging of sides initiated by Hassan, Marguerite and Madame Mallory herself, both professional and personal, that encourages an understanding that will change both sides forever.