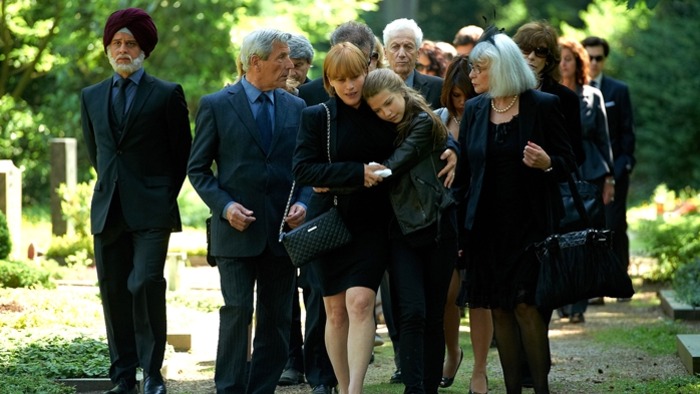 Виджай и я
Vijay and I

Wilhelm Wilder (Will) is a talented actor stuck on a New York City children's TV show where he portrays Bad Luck Bunny, a hapless green rabbit. Feeling a failure, he bears his fate with touching self-irony, but grows sulky and petulant when he thinks that his wife, daughter and all his friends have forgotten his 40th birthday. In the confusion following a road accident, all the world believes he is dead. Instead of rectifying the situation, he decides to fulfill a fantasy and attend his own funeral. Here he will learn what everyone really thinks of him. With the aid of his best friend Rad, an Indian restaurant-owner, Will becomes Vijay Singh, a handsome and gentlemanly Sikh, complete with turban and beard. On this memorable occasion and in the days that follow, Vijay is surprised to learn some embarrassing truths about Will. And on top of it, his newly-widowed, beautiful wife Julia takes an unseemly, romantic interest in this elegant, sexy stranger.