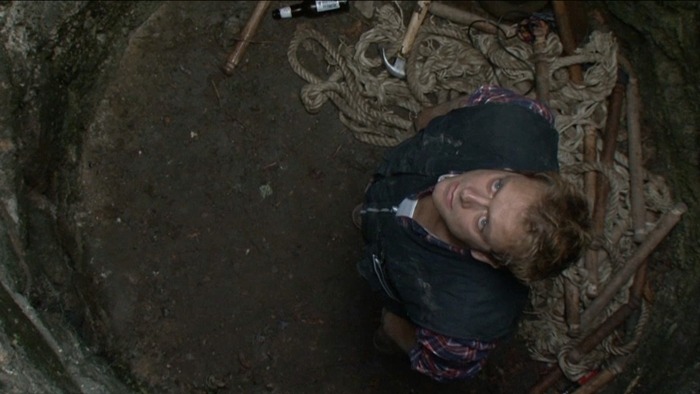 Joe is a property agent in top form who could sell a hovel for the price of a castle. However he's a total disaster when it comes to feelings, marriage, or being a father. He owns a large house in the middle of the countryside and detests, with all his heart, his elderly neighbor, Blanche. Her tumbledown hovel, her garden gone wilde, her herd of flea-ridden animals... they all fill Joe with hateful frustration.

What's more, Blanche seems to be blessed with eternal life - and she detests her neighbor in return.

At his wit's end, Joe decides to go down into the well that supplies his old neighbor with her water. But his rope ladder snaps. He finds himself alone, with a beer and a mobile phone, but no network. No one knows where he is. No one except for Blanche.