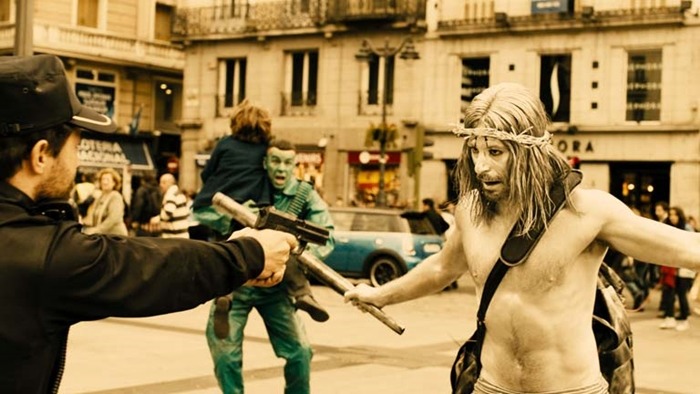 A group of buskers led by a Jesus Christ in silver body paint pull out machine guns and grab a massive haul from a Cash for Gold store. The heist is masterminded by José, a down-on-his-luck divorced dad who, due to his custody schedule, is forced to bring his eight-year-old son to the robbery.

The hapless band of robbers escapes through the impenetrable forests of the Basque countryside, hoping to cross the border into France undetected. Unaware of the dangers lurking within, the group drives deep into the woods, and headfirst into an ancient coven of witches.