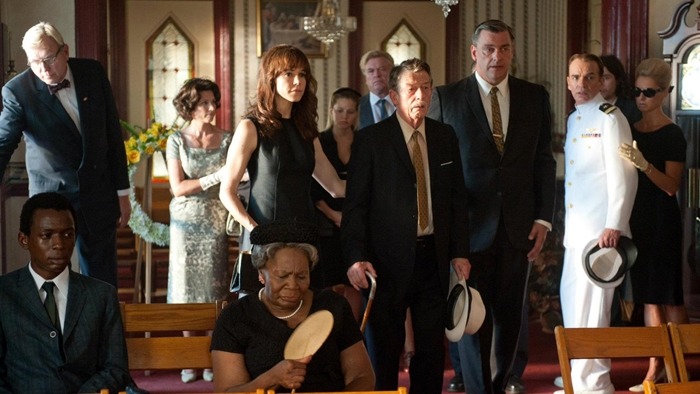 A young man in the 1940s raises a family in Alabama after his wife leaves him for an Englishman and moves to England. When the wife dies, she leaves a request to be brought back to Alabama to be buried, and at that point the man hasn't seen her in nearly 30 years. The two families - her original family she abandoned and her English family - meet and make an attempt to adjust to each other, with uneven results.