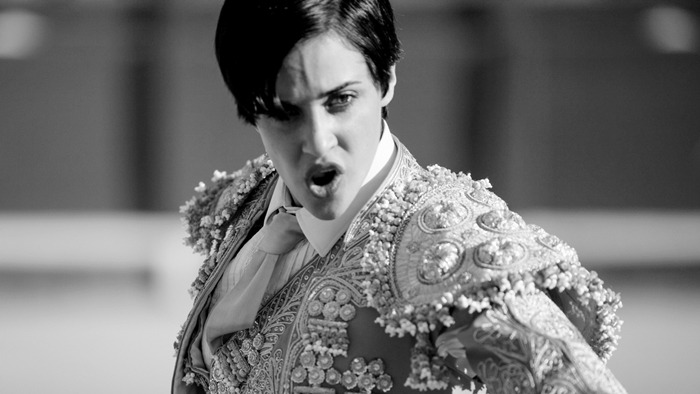 Young Carmen  is our Snow White, daughter of once-renowned matador, crippled in the ring and grieving for his wife, who died during childbirth. We are given a swift and fiery account of Carmen’s upbringing by her flamenco dancer grandmother, her torment at the hands of her tyrannical stepmother Encarna and her secret schooling in the art of bullfighting by her father, just before his malicious new wife enacts a terrible revenge on him. Knowing that she’s in mortal danger, Carmen escapes Encarna’s custody and joins a travelling troupe of bullfighting dwarves, eventually rising to fame in the corrida under the stage name Blancanieves.