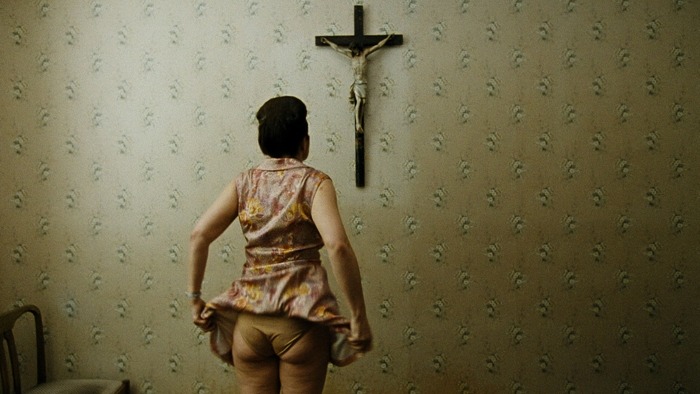 Taking time off from her job as a medical facility technician, Anna Maria plans to spend her break doing missionary work. She travels to immigrant neighborhoods in the far-flung suburbs of Vienna, hauling a foot-high statue of the Virgin Mary along in a personal crusade to bring Catholicism back to Austria.