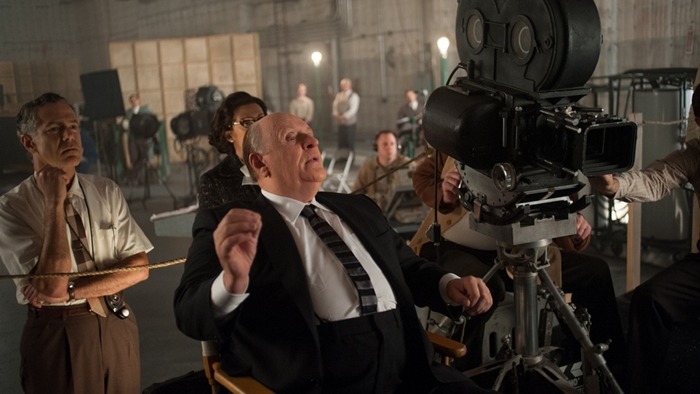 In 1959, Alfred Hitchcock and his wife, Alma, are at the top of their creative game as filmmakers amid disquieting insinuations about it being time to retire. To recapture his youth's artistic daring, Alfred decides his next film will adapt the lurid horror novel, Psycho, over everyone's misgivings. Unfortunately, as Alfred self-finances and labors on this film, Alma finally loses patience with his roving eye and controlling habits with his actresses. When an ambitious friend lures her to collaborate on a work of their own, the resulting marital tension colors Alfred's work even as the novel's inspiration haunts his dreams.