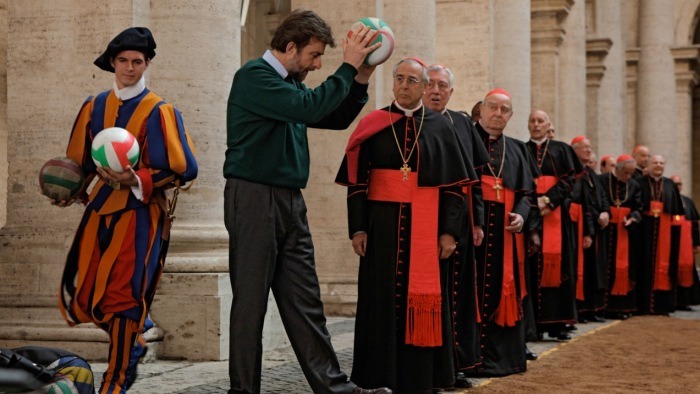 At the Vatican, following the demise of the Pope, the conclave to elect his successor settles on Cardinal Melville. But the faithful gathered in St Peter's Square wait in vain for the new Pope to step out on the balcony. What is going on? Behind the thick walls of the Vatican panic has set in. After uttering a terrible howl of fear, the Cardinal refuses the office. The officials do everything to try to reason with Melville, including a psychoanalyst, appointed by the Vatican...